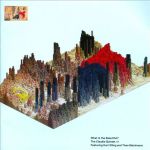 Apply for the position (I’ve forgotten now for what)
I had to marry the Second Mayor’s daughter by twelve noon.
The order arrived three minutes of.

I already had a wife; the Second Mayor was childless: but I
did it.

Next they told me to shave off my father’s beard. All right.
No matter that he’d been a eunuch, and had succumbed in
early childhood: I did it, I shaved him.

Then they told me to burn a village; next, a fair-sized town;
then, a city; a bigger city; a small, down-at-heels country;
then one of “the great powers”; then another (another, an-
other)—In fact, they went right on until they’d told me to
burn up every man-made thing on the face of the earth! And
I did it, I burned away every last trace, I left nothing, nothing
of any kind whatever.

Now, they said, put it back together again; put it all back the
way it was when you started.

Well. . . it was my turn then to tell them something!
Shucks, I didn’t want any job that bad.

Kenneth Patchen, “In Order To” from Collected Poems

Claudia Quintet bouwde een volledig album rond de gedichten van Kenneth Patchen en vroeg Kurt Elling om ze te zingen/voor te dragen.
Claudia Quintet is de jazzband rond John Hollenbeck.
Hollenbeck named his band the Claudia Quintet after an alt.coffee patron who had professed enthusiasm at the group’s first show and promised to return for future performances, but never followed through on her vow. “Claudia” subsequently became a running theme cropping up occasionally in the band’s conversations; the contours of a life story were even imagined for her. (AllMusic)
http://www.allmusic.com/artist/claudia-quintet-mn0000064243/biography